College lacrosse has never been more exciting. A number of college lacrosse teams have emerged as elite squads that will be in the title mix for years to come. Let’s take a look at some of this year’s up-and-comers. 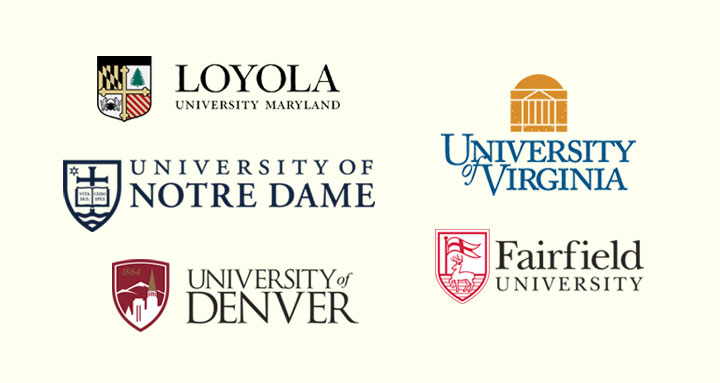 In 2014, Fairfield’s lacrosse team went 12-4 under the tutelage of Andy Copelan. His Stag’s 12 wins tied the team’s record for most in a single season. They also won their first ever ECAC league title. For each of the past three seasons, at least one of Copelan’s players has been drafted by Major League Lacrosse. There is no doubt that the Stags are one of the hottest up and coming college lacrosse teams. With a habit of knocking off top five teams, Fairfield could soon emerge as a college lacrosse powerhouse.

THE UNIVERSITY OF DENVER

Coach Bill Tierney is entering his sixth season as Pioneers head coach. Denver joined the Big East in 2014 and swept their in-conference foes 6-0. The Pioneers won the conference tournament title last year. There is little doubt that Tierney could lead the Pioneers to several national championships because he won six in two decades as Princeton’s head coach.

Coach Charley Toomey has coached Loyola’s lacrosse squad for eight seasons. He has molded 19 All-Americans across his career. Toomey led the team to its first national championship in 2012. Each of Toomey’s Greyhound squads boasted a perfect graduating student rate (GSR) across the last two seasons.

Kevin Corrigan has led the Irish for over 27 years. He is the second longest tenured lacrosse coach in all of Division I competition. Notre Dame’s lacrosse squad has played on Championship Weekend for three of the past five seasons. The team’s continued success is a testament to Corrigan’s coaching ability. His squads have earned a minimum 90 percent GSR over the past seven seasons.

Head coach Dom Starsia has been at the helm at the University of Virginia Charlottesville for 22 seasons. His lacrosse squads have won four NCAA Championships and reached the Final Four an astonishing 13 times. You are in for a treat when you watch Starsia’s team in action. Adding up his victories from his 10 years as Brown’s coach, Starsia has the more wins than any other Division I men’s lacrosse coach (358).